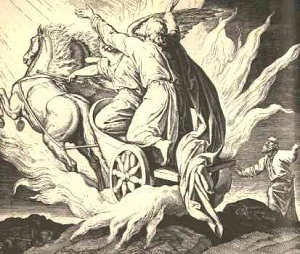 Looking at the old testament of the Bible, it seems like there were a lot more prophets among the people than in modern times. Such an observation begs the question of whether God is withholding such gifts in our own times. If you consider that the events of the old testament played out over several thousand years, prophets were only present a small percentage of the time. Even then, however, can you recall a prophet from the past several generations? Perhaps we’re not paying close enough attention. In reading Joseph Pearce’s biography of G.K. Chesterton entitled Wisdom and Innocence there was a passage that brings to light this possibility. Albert Speer, Hitler’s chief architect and Minister of Armaments (also author of Inside the Third Reich) wrote in his diary after his imprisonment about some of the reading he had been doing:

April 7th, 1957. Have read a great deal recently. As early as 1904 Chesterton, in The Napoleon of Notting Hill, dealt with the frightening consequenses of a mass psychosis. In this store a pseudoking arbitrarily picked out of the London city directory succeeds in playing on the emotions of a whole people – as Hitler was to do – bringing about the the most absurd actions and reactions. Such books are only read after the fact… I wonder how Chesterton was read in his time, as a kind of prophesy or as an entertaining fantasy? After half a century, at any rate, it is clear that, with the nervous attunement of a great artist, he sensed what the future would be.

All prophesy relies on an understanding of human behavior. Such understanding, if whispered in one’s ear, delivered in one’s dreams, or inspired in an artist comes from a common Source – the only One who can give the gift, or even a talent or knack for predicting human behavior. God has not been silent – we have been deaf and stubborn. Generations from now, historians will look back and be able to pick out those of us who saw foreshadowings accurately and will ponder how their peers received them. Yet I wonder how many prophets among us even recognize their own gifts?

This article previously appeared on an old Eternal Revolution blog. I was hoping to have some big news today, so I delayed the post, but the news has to be delayed a bit longer.