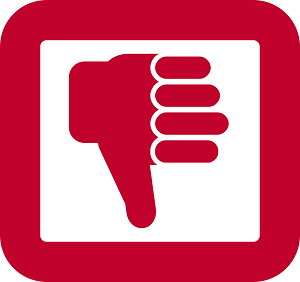 Jesus said, “Judge not.” That’s about as much of the Bible as many non-Christians can quote. It has proved useful, considering the number of Christians that use it, or are cowed by fear of being condemned by it.

As always, the context makes it a bit clearer:

That last sentence seems to conflict with the idea of the “not judging” as an absolute rule. Looking elsewhere in the scriptures:

“If your brother sins against you, go and tell him his fault, between you and him alone. If he listens to you, you have gained your brother.  But if he does not listen, take one or two others along with you, that every word may be confirmed by the evidence of two or three witnesses.  If he refuses to listen to them, tell it to the church; and if he refuses to listen even to the church, let him be to you as a Gentile and a tax collector.” Matthew 18:15-17

Pretty harsh, considering that the Jewish people were prohibited from entering the home of, or inviting in, Gentiles and tax collectors.

The wages of sin is death, but if you do not warn the wicked then you could pay that wage. Ouch.

“As for those who persist in sin, rebuke them in the presence of all, so that the rest may stand in fear.” 1 Timothy 5:20

“I charge you in the presence of God and of Christ Jesus who is to judge the living and the dead, and by his appearing and his kingdom: 2 preach the word, be urgent in season and out of season, convince, rebuke, and exhort, be unfailing in patience and in teaching. 3 For the time is coming when people will not endure sound teaching, but having itching ears they will accumulate for themselves teachers to suit their own likings, 4 and will turn away from listening to the truth and wander into myths.” 2 Timothy 4:1-4

And there are of course more on this topic. But the point of the sampling here is that if you take the first two or three words from Matthew 7:1 in isolation, it is a pretty gross misunderstanding of the point.

We are called to be perfect like our Heavenly Father, and he who is loved by God is corrected by God (Proverbs 3:12, Hebrews 12:6). So it is an act of love and charity to correct when we see someone doing something wrong. Is it wrong to tell a child not to play in the street, where they are in danger, or to try to talk a friend out of suicide? How much worse is it to keep silent when they do something that will kill their soul?

The Scriptures paint a pretty clear picture that we are not to “judge not,” but to in fact, under penalty of sin, admonish, rebuke, and counsel someone who we know is committing a sin.

There is, of course, a right way and a wrong way to give counsel, admonition, or to correct someone. Surprisingly, one of the most detailed and helpful passages I have ever read on this topic comes from the Hagakure, the Book of the Samurai:

“To give a person one’s opinion and correct his faults is an important thing. It is compassionate and comes first in matters of service. But the way of doing this is extremely difficult. To discover the good and bad points of a person is an easy thing, and to give an opinion concerning them is easy, too. For the most part, people think that they are being kind by saying things that others find distasteful or difficult to say. But if it is not received well, they think that there is nothing more to be done. This is completely worthless. It is the same as bringing shame to a person by slandering him. It is nothing more than getting it off one’s chest.

“To give a person an opinion one must first judge well whether that person is of the disposition to receive it or not. One must become close with him and make sure that he continually trusts one’s word. Approaching subjects that are dear to him, seek the best way to speak and to be well understood. Judge the occasion, and determine whether it is better by letter or at the time of leavetaking. Praise his good points and use every device to encourage him, perhaps by talking about one’s own faults without touching on his, but so that they will occur to him. Have him receive this in the way that a man would drink water when his throat is dry, and it will be an opinion that will correct faults.

“This is extremely difficult. If a person’s fault is a habit of some years prior, by and large it won’t be remedied. I have had this experience myself. To be intimate with all one’s comrades, correcting each other’s faults, and being of one mind to be of use to the master is the great compassion of a retainer. By bringing shame to a person, how could one expect to make him a better man?”

This passage has a certain factor of surprise in that the pagan samurai warriors had such a careful and compassionate way of describing the correction of faults, especially when there are those among us Christians who rely on shame to correct not only strangers, but their family, their friends, and even their children.

There are several things we need to be mindful of when we are charged with the task of correcting someone else:

Judge the act, not the person. There are no good people; we have all sinned. If someone is doing something obviously and publicly wrong, address the thing they are doing wrong.

Watch out for being verbs. Remember these from grammar lessons? “Am” “is” “are”? If your statement has one of those as the main verb, it’s a sign you are making this about the person, not the action. “He is a thief,” is passing a judgement on the person; “He stole that watch,” or, “He is stealing by pirating movies,” is describing the action.

Give counsel privately. Matthew 18:15-17 describes the process of escalating an issue, but insisting that counsel is private. No where does it list public condemnation. Correct others’ faults’ as you want them to correct your faults. After all, that seems to be the point of Matthew 7:1-2.

Do not assume. So often people are accused of sins they did not commit, or the thought processes they employed, the alternatives they rejected, or their intentions. Stick to correcting the act itself, if it is in fact wrong. Ask questions of the person if you are concerned about what might be going on, and offer to help remedy any injustice they might be suffering. And absolutely do not go discussing your assumptions with others who have no need to know.

Give advice, not shame. The samurai’s advice made this point repeatedly – the goal is not to make the person ashamed, it is to remind them (or inform them) that what they are doing is wrong. Doing it in public, telling them how they should feel about their actions, and getting emotional about the issue are all ways of inflicting shame. State the problem, and give them a reason to hope they can correct it.

Remember, it is not about you. If the person you are correcting is doing you harm and persisting, it is time to set some hard boundaries. Treat them as the Jews treated a Gentile, or shake the dust from your sandal and walk away. As God told Samuel, they are rejecting Him, not you (1 Samuel 8:7).  In fact, using your own faults if you have a similar struggle, is a humble and encouraging way to suggest a change is needed.