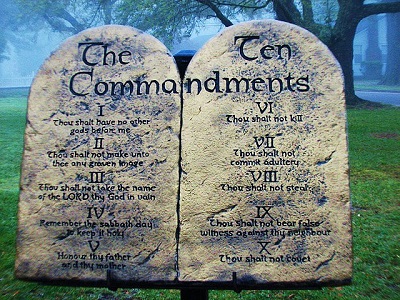 About three years ago, Phil Vischer, creator of Veggie Tales, gave an interview about Big Idea’s bankruptcy and what he learned from the company’s failure and his ambitions.

The things he said still ring true, perhaps even more. So it’s worth repeating here:

After the bankruptcy I had kind of a forced sabbatical of three or four months of spending time with God and listening to Him. I looked back at the previous 10 years and realized I had spent 10 years trying to convince kids to behave Christianly without actually teaching them Christianity. And that was a pretty serious conviction. You can say, “Hey kids, be more forgiving because the Bible says so,” or “Hey kids, be more kind because the Bible says so!” But that isn’t Christianity, it’s morality…

So I was acting like a big barracuda when in reality I’m a brainless, spineless bag of goo. And I only get my form when I stay in the current of God’s will and allow Him to carry me where He wants me to be. And that was such a huge shift for me from the American Christian ideal. We’re drinking a cocktail that’s a mix of the Protestant work ethic, the American dream, and the gospel. And we’ve intertwined them so completely that we can’t tell them apart anymore. Our gospel has become a gospel of following your dreams and being good so God will make all your dreams come true. It’s the Oprah god. So I had to peel that apart. I realized I’m not supposed to be pursuing impact, I’m supposed to be pursuing God. And when I pursue God I will have exactly as much impact as He wants me to have…

If you are involved in a ministry, you really ought to read Phil’s epiphany here. But the above paragraphs have meaning to all of us.

Being Christian does not merely mean we are moral people. The 10 Commandments are a starting point, not the sum of the rules of life. Sure, none of us have a 100% success rate at keeping the commandments, but if you’ve been rather successful lately you can hardly consider that “Christian living.”

About the same time I read something that cited Phil’s article, I came across a quote from G.K. Chesterton on morals as goals. In his biography of George Bernard Shaw, Chesterton went on a tangent (as he does) about Nietzsche  and the superman.

Phil realized that Bob and Larry were teaching mere moral virtues – in essence, nothing more than Zarathustra, Nietzsche’s prophet taught. No different, really, in the principles that any philosophy teaches, except from where we claim the authority came. So long as you follow the rules we have in common, what does it matter who gets the credit for authorship?

We are called to do more than just live moral, righteous lives. We’re called to love, trust God, and believe his promises. Charity, faith, and hope, in other words.

Jesus said to love our enemies, not just our friends. Not tolerate them, not endure them, not to “not hate” them, but to love them. We are told not to worry about tomorrow, or ask after what we shall eat, or wear beyond today – ask only for our daily bread. We are to hope in impossible things; those Israelites that walked across the Red Sea, with a pillar of fire in their midst, spent 40 years in the desert because when they got to Caanan they thought it would be “impossible” for God to keep his promise.

Instead, we Christians have given enough cause for governments to consider us a hate group, since our condemnation of others is more visible than our love of the unlovable. We have 401(k) plans, storing up our riches for rainy days or restful retirements. We don’t really act like we believe the promises God made to us, even when we profess that we do. We mix prudence with worldly financial advice and pass it off as ‘Christian’ even when it contradicts Christ’s instructions (Luke 12:13-21).

Be careful that you’re not drinking the American (or Western) cult cocktail of worldly Christianity. Keep striving to follow Jesus’ instructions – especially the ones that seem ridiculous and hard. Be perfect, as your heavenly Father is perfect, not just good enough that others think you’re a good person.