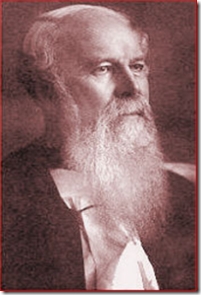 When I was putting The Eternal Revolution book together, I googled the opening line I had at the time, “Christianity is a fight,” to see if that phrasing had been used before. Only one author stood out in the results: J.C. Ryle, Anglican Bishop of Liverpool, who lived at the end of the 19th century.

Upon finding his homily, “The Fight” which gets going with the line, “The first thing I have to say is this: True Christianity is a fight.”

I filed the link away, then knowing that I was not the first to use such phrasing. I did not want to read Ryle’s writings until I had finished my book, so that I would not be overly inspired by his particular style or structure.

Having finished my book (just some formatting, cover design, and so forth as I write this) I took some time to revel in the homiletic stylings of the late J.C. Ryle. Considering we had the same inspiration to write a challenge to Christians to fight, separated by over 100 years, it was a pleasure to read and find a kinship in the Spirit. You can find the homily here.

If you are looking for just the highlights from Ryle’s fighting words, here are a few select quotes from “The Fight” and other homilies.

“I fear much for many professing Christians. I see no sign of fighting in them, much less of victory. They never strike one stroke on the side of Christ. They are at peace with His enemies. They have no quarrel with sin.–I warn you, this is not Christianity. This is not the way to heaven.”

” The first thing I have to say is this: True Christianity is a fight.“‘True Christianity’—mind that word ‘true.’ Let there be no mistake about my meaning. There is a vast quantity of religion current in the world which is not true, genuine Christianity. It passes muster; it satisfies sleepy consciences; but it is not good money. It is not the real thing which was called Christianity eighteen hundred years ago. There are thousands of men and women who go to churches and chapels every Sunday, and call themselves Christians. Their names are in the baptismal register. They are reckoned Christians while they live. They are married with a Christian marriage-service. They are buried as Christians when they die. But you never see any “fight” about their religion! Of spiritual strife, and exertion, and conflict, and self-denial, and watching, and warring they know literally nothing at all. Such Christianity may satisfy man, and those who say anything against it may be thought very hard and uncharitable; but it certainly is not the Christianity of the Bible. It is not the religion which the Lord Jesus founded, and His Apostles preached. True Christianity is ‘a fight.’“The true Christian is called to be a soldier, and must behave as such from the day of his conversion to the day of his death, he is not meant to live a life of religious ease, indolence, and security, He must never imagine for a moment that he can sleep and dose along the way to heaven, like one travelling in an easy carriage. If he takes his standard of Christianity from the children of this world he may be content with such notions, but he will find no countenance for them in the Word of God. If the Bible is the rule of his faith and practice, he will find his lines laid down very plainly in this matter. He must ‘fight.'”

“Warfare with the powers of hell is the experience of every individual member of the true Church. Each has to fight. What are the lives of all the saints, but records of battles?”

“Every professing Christian is the soldier of Christ. He is bound by his baptism to fight Christ’s battle against sin, the world, and the devil. The man that does not do this breaks his vow. He is a spiritual defaulter. He does not fulfil the engagements made for him. The man that does not do this is practically renouncing his Christianity. The very fact that he belongs to a Church, attends a Christian place of worship, and calls himself a Christian is a public declaration that he desires to be reckoned a soldier of Jesus Christ.”

“A true Christian is one who has not only peace of conscience, but war within.”

” This warfare, I am aware, is a thing of which many know nothing. Talk to them about it, and they are ready to set you down as a madman, an enthusiast, or a fool. And yet it is as real and true as any war the world has ever seen. It has its hand-to-hand conflicts and its wounds. It has its watchings and fatigues. It has its sieges and assaults. It has its victories and its defeats. Above all, it has consequences which are awful, tremendous, and most peculiar. In earthly warfare the consequences to nations are often temporary and remediable. In the spiritual warfare it is very different. Of that warfare, the consequences, when the fight is over, are unchangeable and eternal.”

“And yet there is one warfare which is emphatically ‘good,’ and one fight in which there is no evil. That warfare is the Christian warfare. That fight is the fight of the soul.”

It is such a blessed and encouraging thing to find such a kindred soul, separated even by time and space. Here’s hoping that you also find these quotes stirring the Spirit within you!