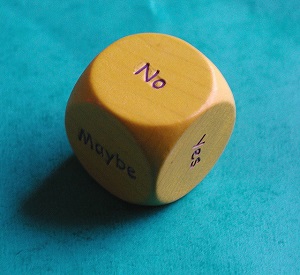 One of the first sayings of the samurai that caught my attention was this one:

“In the words of the ancients, one should make his decisions within the space of seven breaths. Lord Takandobu said, “If discrimination is long, it will spoil.” Lord Naoshige said, “When matters are done leisurely, seven out of ten will turn out badly. A warrior is a person who does things quickly.

When your mind is going hither and thither, discrimination will never be brought to a conclusion. With an intense, fresh and undelaying spirit, one will make his judgments within the space of seven breaths. It is a matter of being determined and having the spirit to break right through to the other side.” From the Hagakure

Decision making is not my strong suit. If you’ve been following my work for the past few years, you’ve probably seen me go back and forth on site designs a few times. Perhaps that is why a quote about making decisions in just seven breaths was appealing.

One of the burdens of free will is the ability to make choices. As humanity has developed more involved processes, more entertainment choices, and more opportunities the number of choices we make on a daily basis can be overwhelming.

Lingering too long on a decision leads to a state called “analysis paralysis” – the inability to act due to an inability to make a decision. Such as state can complicate a small issue, and turn it into a big issue; if you are afraid of making a mistake, often not acting is an even bigger mistake.

Naoshige’s counsel on decision making was explained a bit further elsewhere in the Hagakure, the book of the samurai:

Among the maxims on Lord Naoshige’s wall there was this one: ‘Matters of great concern should be treated lightly.’ …Among one’s affairs there should not be more than two or three matters of what one would call great concern. If these are deliberated upon during ordinary times, they can be understood.
Thinking about things previously and then handling them lightly when the time comes is what this is all about. To face and event and solve it lightly is difficult if you are not resolved beforehand, and there will always be uncertainty in hitting your mark. However, if the foundation is laid previously, you can think of the saying, ‘Matters of great concern should be treated lightly,’ as your own basis for action.”

Many of our little decisions – what movie to see, what to eat for breakfast, are pretty insignificant. The big questions of our lives – what job to take, should I move or stay put, who to marry – these should be based first and foremost on principles we ponder every day.

As Christians, that means putting God and His will first. Considering what kind of company we keep, what kind of life He wants us to live, and what things are contrary to living our life to best serve God and our neighbor should make big decisions easier. When we forget those principles, when we doubt His plan for our lives, we get mired in indecision for those big things.

We too should be able to make decisions within the space of seven breaths. However, that requires being resolved ahead of time to follow a certain path.

Unfortunately, following God’s will has little to do with the singular choice of what to eat for a particular meal. For decisions so small, it is best not to waste time, and to remind yourself that the impact of such a choice is minimal.

Reflect every day, and pray for knowledge of God’s will for you. On that foundation of faith, you can make your decisions as quickly as a samurai.