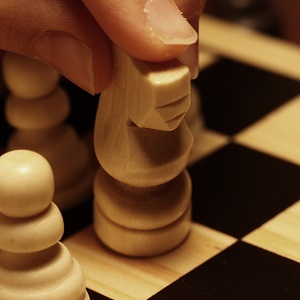 The few times I popped on, though, my feed was full of reactions to goings-on in the news, even from bloggers and writers that I follow for their essays. A politician did or said something stupid and frightening, something obscene happened on a tv show on a channel I never watch, and some person whose respect I do not require nor desire said something that offended people.

I suppose that could wrap up any given week, come to think of it.

A while ago, I had come to the conclusion that I did not want this blog or these essays to be reactionary to current events. There is enough of that on the internet already. There is probably too much of it already. With every scandal, every fear mongering news story, every public figure that does something shocking and moronic there is a flurry of opinion pieces and analysis, even from Christian writers. I refuse to play that game.

I will not let myself be led by the nose through the muck merely because it is trending. Sure, rumination on things going on in the world will lead to insights I will share. But I will not chase the deadline for dead news. In a way, instead of dog eat dog, the editorial policy here will be “let the dead bury the dead.”

I did my stint in the news, having written for LifeNews.com and American Life League’s magazine, and public relations for a number of ventures in addition to that. I have even done several opinion pieces on old incarnations of this blog. There is something to getting the story. There is something else entirely to forming your opinion about what is going on, and to a lesser extent a need to express that opinion on occasion. But when that is your daily grind, you are letting the world lead you.

There is a concept in board gaming that goes as far back as chess and go. Play your own game. If your moves are always in reaction to your opponent, you are playing their game. That is the way to defeat. To win, you need to take the initiative, to lead, and to make your moves have merit on their own basis. In life, it is important that you are making your decisions based on your path in Christ, irrelevant of the chaos in the world that has been, is now, and will be until kingdom come.

Don’t take your eyes off the New Jerusalem to keep reacting to what is going on in Babylon. Play thy own game.