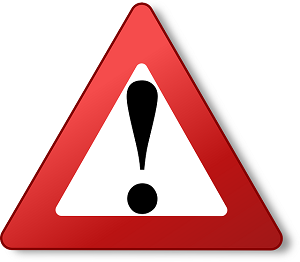 The first thing you see when you open up The Eternal Revolution, or at least before you get to the main text of the book, is a warning:

This is a book written for Christians, that is, those who accept that Jesus of Nazareth was the Christ, the Messiah, the Son of God, the Second Person of the Triune Godhead.

For those who believe Jesus was just a good man, or a fiction, or wrong, or that Christianity is basically about being good to others, kindness, and tolerance – this book is not for you. Close it now, and go read something else.

There are many books that explain Christianity and attempt to justify it. This is not one of them. I would suggest G.K. Chesterton’s Orthodoxy, one of many books bearing the title Introduction to Christianity, or, best of all, read through of our sacred text, the Bible. If you then find you accept the basics of our faith, then come back to this book.

Without accepting the idea that Jesus of Nazareth is who He claimed to be, nothing that follows will be understood or acceptable. If you proceed to read this book, keep that in mind.

“Christianity is, as far as you are concerned, a horrible mystery. Keep clear of it, keep silent upon it, as you would upon an abomination. It is a thing that has made men slay and torture each other; and you will never know why. It is a thing that has made men do evil that good might come; and you will never understand the evil, let alone the good. Christianity is a thing that could only make you vomit, till you are other than you are. I would not justify it to you even if I could. Hate it, in God’s name, [like] a man. It is a monstrous thing, for which men die.”

–  G.K. Chesterton, The Ball and the Cross

There are a great many books that attempt to justify Christianity, building up its members while evangelizing to the unchurched at the same time. Some books might manage to pull it off, but others seem to make a mess by trying to do too much and either not evangelizing or not evangelizing well, or doing far worse by trivializing the faith of the faithful or confusing the newcomer.

I wanted to make it clear from the outset that The Eternal Revolution was for a particular group, namely, those who already consider themselves to be Christians. Identifying and admitting that shared faith from the start, the book can then cut right to the matter it was written to communicate, without having to justify the prerequisite steps such as the authority of Jesus, the validity of the Scriptures, or the existence of heaven and the devil.

It might seem unkind to tell people to put the book away, and that it is not for them. But it is charitable to both the Christian and the non-Christian exactly where the message stands – we must of course preach the Good News to all people (even the saved), but at the same time we must also encourage one another on the journey. You cannot do a very good job of encouraging someone on a path they have not yet accepted.

I quote a rebuke from Chesterton’s Ball and the Cross because it is delivered to just the sort of person who might pick up the book and become even more confused, even to the point of anger or hatred. In the Ball and the Cross the speech is directed to a well-meaning and well-read man who expects Christians to be peaceful and loving, without understanding what it means to be Christian, or quite possibly what the meaning and purpose of love might be. The passage is harsh, it is violent, but it is true. Christianity is a faith the changes the person, and demands change and improvement until the end. It does not teach complacency, even as it teaches contentment. Most importantly, people have died for it, still die for it, and will continue to die for it until Kingdom come.

If that does not at least sound a little familiar to the beliefs you already hold, The Eternal Revolution is going to sound like some sort of new religion – for if you thought Christianity was about kindness and peace and tolerance, it is going to sound new.

Note: Starting this week, the blog will be updated every Monday and Thursday.