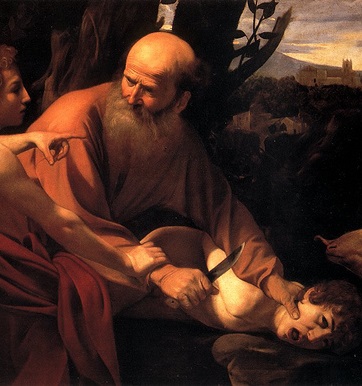 The season of Lent is almost upon us – 40 days prior to Easter (excluding Sundays) that are a time of preparation for the celebration of Jesus’ passion and resurrection.

The early Christian church marked the 40 days of preparation for Easter as far back as 325, and it was established formally in the 600’s. While today it is most often observed by Catholic, Episcopalian, Anglican and Lutheran denominations, there has been a revival of late in other Christian denominations.

In modern times, the practice of a Lenten sacrifice of something you liked for the 40 days between Ash Wednesday and Easter Sunday (again, excepting Sundays) has been the most common form. “So what did you give up for Lent?” becomes a conversation starter in some congregations this week, and for the next six as well.

Sometimes these sacrifices are meant to be times to break bad habits – giving up smoking for 6 weeks put you pretty solidly on the path to breaking an unhealthy and expensive habit. Other recent sacrifices include Facebook, Netflix, video games, and even caffeine. Growing up, sweets and desserts were an automatic family-wide sacrifice, to which each person added their own sacrifice.

These neo-traditional sacrifices of goods in order to be better are great, but they are not the only option for a 40 day preparation for Easter. There is even a danger that such a practice gives the wrong idea of the sacrifice; it is not to make you a better person, but to offer up something of this world in expectation of the glorious promise of eternal life we believe, and will celebrate especially at Easter.

I have heard some people who practiced a Lenten sacrifice for most of their life say that they had nothing left to give up, for they (in their own words) saw nothing in themselves they could improve. This is not a New Year’s resolution. You cannot make yourself more worth for God’s gifts. This is a sacrifice of something you like or love.

Here are some ideas for Lenten preparations you can make for this coming season of Lent.

Prayer is one of the three traditional activities associated with Lent. Set aside 40 minutes a day for prayer or Scripture reading. We are all given the same 24 hours a day, so this is a sacrifice of the most precious and limited commodity you have.

Almsgiving is the second traditional Lenten activity. Tithe extra, or pledge to give more than you usually do to charitable causes. Donate your time to soup kitchens, food pantries, and other services in need of volunteers. Make and pack lunches to hand out to people on the street.

I heard of a family that changed their food budget to what their family would receive if they were on food stamps, and donated the rest of the grocery budget to the local food bank. This was an act of empathy, charity, and sacrifice.

Fasting is the third traditional activity for Lent. While it does not mean going completely without food, you can drastically alter your diet for the next six weeks.

Note that this should NOT be done only with the intention of losing weight. The sacrifice should be a sacrifice, not a new resolution.

My Lenten preparation falls into this category. I have set an aggressive goal to tackle something mundane, but that has terrified me for as long as I can remember.  We are called to fear nothing in this life, and yet I have been afraid of this thing.

Over the past several years my family has face several personal tragedies that fell just before or during Lent. Sometimes the best sacrifice you can make during Lent is the one God chooses for you. PRay for the strength to accept, bear, and even choose it.

“And in praying do not heap up empty phrases as the Gentiles do; for they think that they will be heard for their many words.  Do not be like them, for your Father knows what you need before you ask him.  Pray then like this: Our Father who art in heaven, Hallowed be thy name.  Thy kingdom come. Thy will be done, On earth as it is in heaven. Give us this day our daily bread;  And forgive us our debts, As we also have forgiven our debtors;  And lead us not into temptation, But deliver us from evil.  For if you forgive men their trespasses, your heavenly Father also will forgive you;  but if you do not forgive men their trespasses, neither will your Father forgive your trespasses.

“And when you fast, do not look dismal, like the hypocrites, for they disfigure their faces that their fasting may be seen by men. Truly, I  say to you, they have received their reward.  But when you fast, anoint your head and wash your face,  that your fasting may not be seen by men but by your Father who is in secret; and your Father who sees in secret will reward you.”