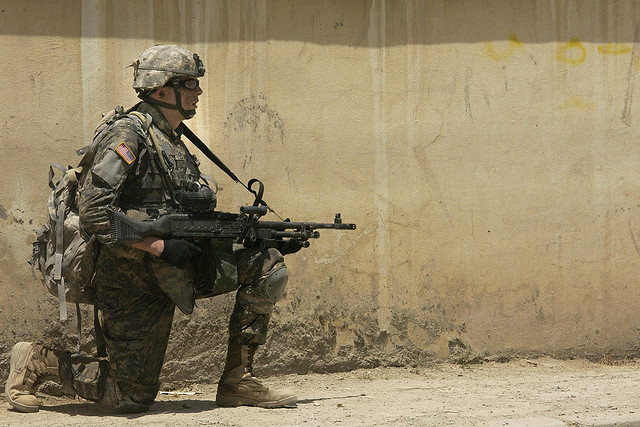 I don’t hesitate to admit I’m a fan of movies by M. Night Shyamalan. Or at least I am a fan of his work, just not all of them. I like the ones that are about purpose, about people finding their place in life, even in the most extraordinary – or ordinary –  of circumstances.

It was not until his latest film, After Earth, came to DVD that I got a chance to see it. A father and son film that almost exclusively stars real-life father and son Will and Jaden Smith. Will Smith plays a high-ranking military commander that has seldom been home, and his son, who desperately wants his father’s respect.

In a time when humanity has had to fight alien creatures that quite literally smell fear, Will’s character is all but invisible to them, as he has learned how to be absolutely fearless. His teenage son, however, is normal and plagued with anxieties and fear.

When they crash land on a hostile planet – the original Earth – Jaden’s character must traverse the terrain to recover a signal beacon with the remote help of his mortally wounded father.

This whole plot synopsis leads up to my point: the fearful son must face truly dangerous encounters and moments in his journey. He panics at times, and at others he acts rashly or freezes. His father’s recurring advice is to take a knee.

“Taking a knee” might have several meanings in differing contexts, but when the father tells his son to take a knee, he wants him to stop and re-focus and re-center his thoughts. What do you hear? What you you smell? What is actually there? Danger is real, but fear and panic are choices. Needless anticipation. Focus on what is at hand.

For us Christians, going to one’s knees is a euphemism for prayer. Prayer should be a time of centering, focusing, and communication with the Father. It is especially important at a moment of panic or crisis. Yes, there are times when important or dangerous things are happening. But what are we able to do in that moment? What immediate danger or need is there?

Too often we compound the problem by giving into fear and anxiety. These are attitudes, internal reactions. If we take a knee in times of stress, distress, and crisis we can calmly and surely deal with the task at hand – the task that has been set out for us by our Father.