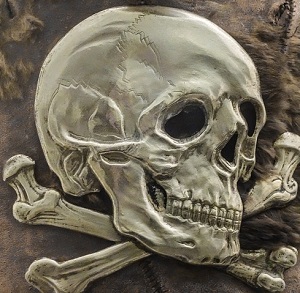 If there is a single factor for why the samurai were such incredible warriors, it is probably the fact that they viewed themselves as already dead.

As it is written in the Hagakure, Book 1:

“The way of the Samurai is found in death…This is the substance of the Way of the Samurai. If by setting one’s heart right every morning and evening, one is able to live as though his body were already dead, he gains freedom in the Way. His whole life will be without blame, and he will succeed in his calling.”

Without the burden of thoughts of self-preservation, assuming one’s self as already dead allowed the samurai to dedicate themselves single-mindedly to the task at hand. As soldiers for hire, that task was martial skills in service of their lord.

Christians, too are called to take up the instrument of their execution daily and to die to themselves. Whoever seeks his life will lose it, and whoever loses his life will find it. This sentiment is not found in just one place in the Gospels, but rather repeated throughout all four in several places. Finally, there is the example of our Lord, who laid down His life for His friends, His sheep.

Why then are samurai so widely regarded, with so many tales of their bloody feats of service told and and retold to this day, while exemplary Christian examples seem to be relatively few – despite the fact that there are millions of us acting in Christ’s name?

If you are a Christian, you cannot be living for yourself. The best servants of their lord live as though they were dead. If the samurai can do it, so can today’s Christians.