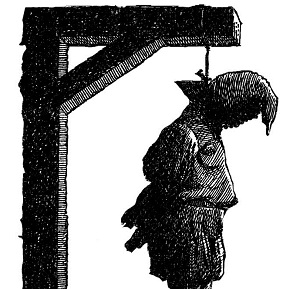 It is a tenet of this blog to avoid current events. This post will push the limit, since there are current events that inspired it and will be mentioned; however the purpose is for more persistent.

Christian persecution is again making world headlines. A woman in the Sudan has been sentenced to death for refusing to convert from Christianity to Islam. Amnesty International and other human rights groups are calling for intervention to protect religious freedom.

It seems good to hear that these secular organizations are stepping up and speaking out against this injustice, but what does religious freedom actually look like?

This sort of persecution is not uncommon, is not a relic of the past, but a reality that has faced Christians throughout our history, in one region of the world or another. Wherever you are, this choice of your faith or your inalienable right to life could be face by you, your children, or your children’s children.

Here in America, we hold that it is self-evident that we are endowed by our Creator with inalienable rights to life, liberty, and the pursuit of happiness. The first right enumerated in the Bill of Rights was written to ensure for freedom of religion.

As of yet, we are not denied life, as Americans, for our religious beliefs. But what about those other two self-evident, inalienable rights?

To these I can even add personal experience. Once when inquiring about a job in computer repair, the owner looked me up online and  noticed my writings for LifeNews.com and other websites. With a smirk he said, “You are quite the activist, aren’t you?” And with that, any chance of working there died.

What does religious freedom look like? I don’t know. I know we haven’t got it, and I know Sudan does not have it. I’m not sure anywhere in world has it or will ever have it.

Religious freedom is an ideal that is impossible in a world to which the power of the kingdoms of God are in the hands of our Enemy (Matthew 4:9). Religious persecution is the reality we will face – from the Roman Empire, to the modern world, and ever after until kingdom come.

Our Lord said: “If you belonged to the world, it would love you as its own. As it is, you do not belong to the world, but I have chosen you out of the world. That is why the world hates you.” (John 15:19) James writes in his epistle: “Do you not know that friendship with the world is enmity with God? Therefore whoever wishes to be a friend of the world makes himself an enemy of God.” (James 4:4)

We should not expect religious freedom, nor should we conform to the world’s expectations. Our Lord’s expectation is that we persevere in spite of the injustices we are to suffer for His sake.

And if that were not radical enough, He taught and set the example that we are to love, forgive, and do good to those who wrong us, persecute us, and hate us. To do otherwise is to fail to live up to the standards you profess to defend.