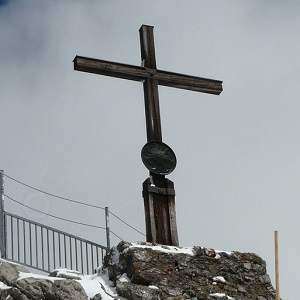 Sometime in the second century after Christ, a letter to Diognetus was written explaining Christianity. The author is unknown, and it is not known if the Diognetus that it was addressed to was the Diognetus that tutored Marcus Aurelius – but those details are unrelated to the importance of the letter, now known as the Epistle to Diognetus.

To His Excellency, Diognetus:

I understand, sir, that you are really interested in learning about the religion of the Christians, and that you are making an accurate and careful investigation of the subject. You want to know, for instance, what God they believe in and how they worship him, while at the same time they disregard the world and look down on death, and how it is that they do not treat the divinities of the Greeks as gods at all, although on the other hand they do not follow the superstition of the Jews. You would also like to know the source of the loving affection that they have for each other.

After some discussion of idolatry and the faith and practices of the Jews, the letter turns to describe Christians:

For Christians cannot be distinguished from the rest of the human race by country or language or customs. They do not live in cities of their own; they do not use a peculiar form of speech; they do not follow an eccentric manner of life. This doctrine of theirs has not been discovered by the ingenuity or deep thought of inquisitive men, nor do they put forward a merely human teaching, as some people do. Yet, although they live in Greek and barbarian cities alike, as each man’s lot has been cast, and follow the customs of the country in clothing and food and other matters of daily living, at the same time they give proof of the remarkable and admittedly extraordinary constitution of their own commonwealth. They live in their own countries, but only as aliens. They have a share in everything as citizens, and endure everything as foreigners. Every foreign land is their fatherland, and yet for them every fatherland is a foreign land. They marry, like everyone else, and they beget children, but they do not cast out their offspring. They share their board with each other, but not their marriage bed. It is true that they are “in the flesh,” but they do not live “according to the flesh.” They busy themselves on earth, but their citizenship is in heaven. They obey the established laws, but in their own lives they go far beyond what the laws require. They love all men, and by all men are persecuted. They are unknown, and still they are condemned; they are put to death, and yet they are brought to life. They are poor, and yet they make many rich; they are completely destitute, and yet they enjoy complete abundance. They are dishonored, and in their very dishonor are glorified; they are defamed, and are vindicated. They are reviled, and yet they bless; when they are affronted, they still pay due respect. When they do good, they are punished as evildoers; undergoing punishment, they rejoice because they are brought to life. They are treated by the Jews as foreigners and enemies, and are hunted down by the Greeks; and all the time those who hate them find it impossible to justify their enmity.

To put it simply: What the soul is in the body, that Christians are in the world. The soul is dispersed through all the members of the body, and Christians are scattered through all the cities of the world. The soul dwells in the body, but does not belong to the body, and Christians dwell in the world, but do not belong to the world. The soul, which is invisible, is kept under guard in the visible body; in the same way, Christians are recognised when they are in the world, but their religion remains unseen. The flesh hates the soul and treats it as an enemy, even though it has suffered no wrong, because it is prevented from enjoying its pleasures; so too the world hates Christians, even though it suffers no wrong at their hands, because they range themselves against its pleasures. The soul loves the flesh that hates it, and its members; in the same way, Christians love those who hate them. The soul is shut up in the body, and yet itself holds the body together; while Christians are restrained in the world as in a prison, and yet themselves hold the world together. The soul, which is immortal, is housed in a mortal dwelling; while Christians are settled among corruptible things, to wait for the incorruptibility that will be theirs in heaven. The soul, when faring badly as to food and drink, grows better; so too Christians, when punished, day by day increase more and more. It is to no less a post than this that God has ordered them, and they must not try to evade it.

There is more to the letter, but just these two paragraphs give plenty of food for thought. Hopefully the recipient saw the things that the author described.

Today, though, if such a letter was written to describe Christianity, would the response be positive, or would the recipient respond as Gandhi did: “I have a great respect for Christianity. I often read the Sermon on the Mount and have gained much from it. I know of no one who has done more for humanity than Jesus. In fact, there is nothing wrong with Christianity, but the trouble is with you Christians. You do not begin to live up to your own teachings.”

The full weight of this injustice we do to the world by our hypocrisy is spelled out in the second paragraph. We Christians are to the world as the soul is to the body. If the soul is corrupt, hypocritical, fearful of poverty, hunger, loneliness and death – then the sickness of the world is made worse by our failure.